Embarking on the Climb to The Next Peak in Life 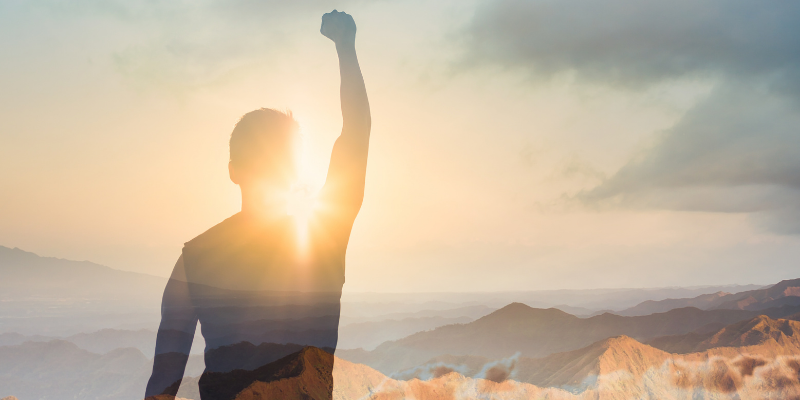 What keeps a senior manager up at night when they are at the height of their careers? Is it team management? Time management? Or perhaps it is the future development of the company?

For Eric Wang, Country Head of Business Development and Marketing at Shimizu Construction Co., Ltd and ESSEC & Mannheim EMBA Asia-Pacific alumnus, there were a mix of things: The uncertainty about his abilities and limitations, his understanding of the intricacies of the company and his unfamiliarity with domains beyond his industry.

Although his years of experience meant he was familiar with the different facets of the company, and that he had both the knowledge about what to do and how to manage different teams, he was still bogged down by one question: “Is it enough?”

The Beginnings of a Global Journey

Reflecting on this led Eric to the ESSEC & Mannheim Executive MBA (EMBA) Asia-Pacific program—marking the beginning of his journey to self-discovery.

Eric’s background is an international one. He was born in Taiwan in the town of Lukang, Changhua, and spent his formative years in the local education system, before enrolling in an American school for his high school diploma. He pursued his degree in a Japanese university and furthered his studies in Russia at a time that coincided with the rise of the BRICS.

After graduation, he first worked in China, before returning to Japan to join his current company. Over the years, his work has seen him travel across Asia, exposing him to various cultures and opportunities.

Entering the International World of ESSEC

Eric’s multi-cultural experience is part of why after deliberating about EMBA course durations and different styles each course would have, he eventually chose ESSEC Asia-Pacific.

“I appreciated Singapore's international and multicultural environment and expected that a school in the country would have a similar composition,” Eric shares.

As such, he was delighted to find that “while there was a higher percentage of local participants, the environment in ESSEC was like a mini-United Nations, with participants from all over the world.”

“On the first day of class, I was amazed that most participants were management elites from 13 different countries,” he exclaims.

The fact that the ESSEC EMBA is a collaboration between Mannheim Business School—one of Germany's top business schools, was also a huge pull factor for Eric, who felt that the experience would be equivalent to having studied in three universities.

True to this, in addition to being on the Singapore campus, Eric had the chance to do exchanges at four campuses across Germany, Japan, France, allowing him to build his global perspective, while still keeping his focus on the Asian markets.

The Benefits of Diversity

“The EMBA course is designed for professionals,” Eric states, adding that besides a full week of thematic courses every month, there was also an abundance of opportunities to network with both participants and professors both in and out of the classroom.

This was especially valuable for Eric as his cohort had participants from established global companies like Tokyo Electric Power Company, Swedish ABB Company, American Merck & Co., Ltd., Airbus, and French Accor Hotel Group, just to name a few. The perspectives the participants shared, therefore, were not just from different countries, but also different industries—all of which contributed to making classroom interactions dynamic.

One of the highlights for him was being able to have discussions and do group work with people like the Airbus vice president, MSD vice president, and director of Facebook.

“This was akin to peering from the shoulders of different honchos to catch a glimpse of different views, understand different companies' cultures, and perhaps even come up with business developments,” he shares.

The learnings gained from these classroom sessions were also easily translated into the real world, and each month, participants would share their experiences of applying their new knowledge at work, Eric says.

He also observed that at least a quarter of his cohort was promoted or found new job opportunities while doing their EMBA—while he himself received his promotion to Country Head in Vietnam within a year from completing his EMBA.

To Eric, this accomplishment speaks volumes of how the EMBA can add value to people who may already have found success. He urges those who still question the value of an EMBA to liken their journey to climbing a mountain.

“After you have reached your first peak, the resources, and energy needed to advance to the next is going to be far more than what you would have required for the initial climb,” he explains.

Although it is entirely possible to enjoy the view from where you are, for those who want to continue the climb or seek a change of scenery, what the EMBA can do is this: Guide you along the way and provide you with the boost of resources and energy you need.

Find out more HERE or email us at emba-asia@essec.edu.